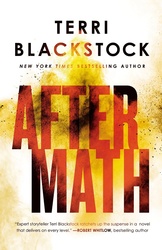 Risking everything for a friend

When Dustin is accused of setting the bombs that killed dozens at a local political rally, criminal attorney Jamie Powell is willing to accept the consequences for defending her lifelong friend. They haven’t spoken since Dustin left for basic training, but she’s the first one he thinks of when he’s arrested. Jamie knows she’s putting her career on the line by defending an accused terrorist, but she’d never abandon him.

As Jamie investigates his case and starts looking into the people in his life, she realizes the facts coming to light could be devastating. Someone is clearly setting him up...but proving it might destroy Dustin more than the accusation itself. Dustin overcame a very difficult childhood, but how can he overcome this?