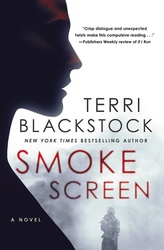 Is it too late for redemption?

Nate Beckett has spent his life fighting wildfires, instead of the rumors that drove him from his hometown. His mother begs him to come back now that his father has been released from prison, but it isn't until he's sidelined by an injury that he's forced to return and face his past.

Fourteen years ago, Nate was in love with a preacher's daughter, Brenna. Everything changed when Brenna’s father was found murdered and Nate’s drunken dad was convicted for the crime. Now, as Nate and Brenna deal with the present—including new information about that fateful night and a wildfire that's threatening their town—the past keeps igniting. Nate is the steady force Brenna has so desperately needed. But she'll have to learn to trust him again first.